DONOR GOVERNANCE AND FINANCIAL MANAGEMENT IN PROMINENT US ART MUSEUMS 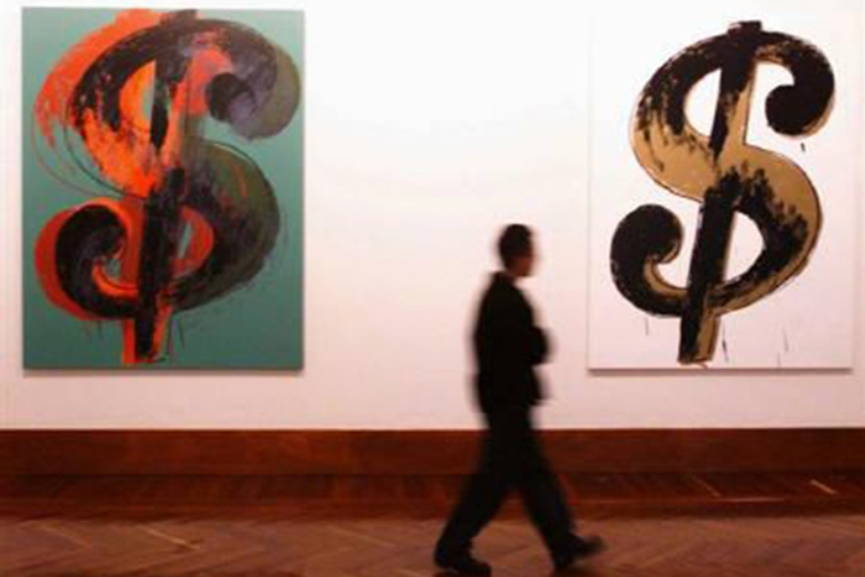 In the article, we study “donor governance”, which occurs when contributors to nonprofit firms place restrictions on their gifts to limit the discretion of managers. In a study of US art museums, we find that when donor restrictions are strong, museums shift their cost structures away from administration and toward program services. Restricted donations also appear to stabilize nonprofits, but reduce management flexibility.

This paper studies the role of restricted donations in financing major US art museums. Charitable gifts play a critical role in supporting museums and other nonprofit corporations, and accumulated restricted donations represent a significant and growing amount of the capital invested in the museum industry. When donors place restrictions on their contributions, the funds resemble equity investments with restrictive covenants, a source of financing unknown in the for-profit sector. Restricted donations permit benefactors to influence a nonprofit organization for decades, even after the donors may have severed all connections or died. While donor restrictions provide stability and probably encourage a greater rate of contributions, they also limit operating flexibility in a way that could compromise an organization’s efficiency.

Museums obtain most of their revenue from donations, with a minority coming from admission charges, membership subscriptions, and other user fees. While some donors make unrestricted gifts to support any and all aspects of museum operations, Temin (1991) describes the long-standing preference of donors to restrict gifts for expansion of facilities, acquisitions of new art, or preservation of a museum’s collection. Many types of restrictions appear in charitable gifts, such as requiring an institution to use the funds to construct a building, to pay the salary for a particular position, or to award a traveling fellowship to a researcher in a specific field.

Restricted donations represent a form of corporate governance, because they constrain the opportunities for nonprofit managers to expropriate resources. We call this practice “donor governance”. The rationale for this type of donor control increases when other forms of governance are weak and information asymmetry between donors and managers is high. These conditions seem to characterize art museums, which have oversized, ceremonial boards of trustees and are managed by professional curators with specialized education from elite universities.

The figure below shows the total capital reported on the balance sheets of the 129 major art museums that form the sample for this study. The figure shows an unmistakable trend over the 1999–2012 period of a reduction in unrestricted assets in favor of assets whose uses are temporarily or permanently restricted. As a result, museums have far less financial flexibility and operating discretion than before. The figure also shows clearly that restricted donations are the most important source of permanent capital in the art museum industry. 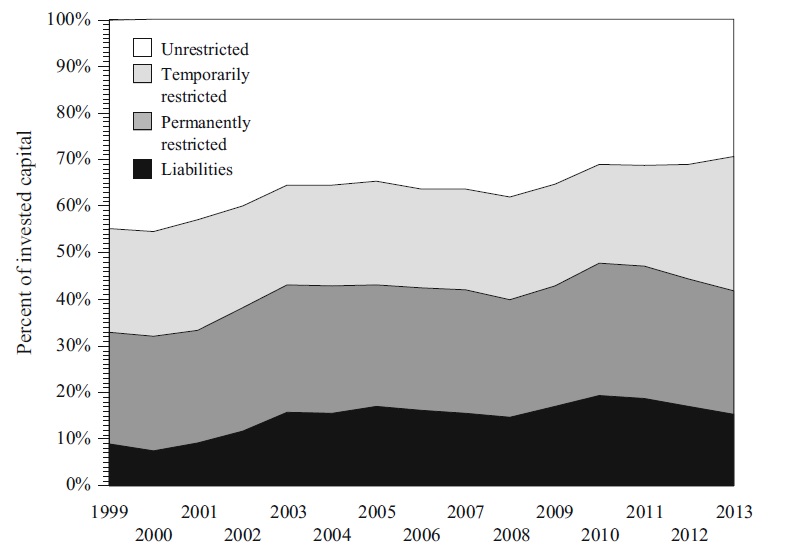 In an empirical study, we utilize a sample, drawn from the 242 museums that belong to the Association of Art Museum Directors (AAMD). After a series of exclusion restrictions, described in the paper, we obtain a final sample of 129 museums, including nearly every well-known independent museum in the USA such as the Metropolitan Museum of Art in New York, the Museum of Fine Arts in Boston and the Art Institute of Chicago. We use the database of Guidestar.org to obtain Form 990 financial data for the 129 museums in the sample, and for most institutions we have 14 annual observations for the period 1999–2013 and up to 1789 museum-year observations for the sample overall.

In a series of fixed-effects regression estimates, we obtain the following main findings. In a framework analogous to the “cash flow sensitivity of cash” studied by Almeida et al. (2004), evidence from our panel dataset of leading US art museums indicates that when donors place restrictions upon the use of new capital, these constraints appear to reduce agency problems by shifting the museum’s spending away from administration and into programming. Museums with high amounts of restricted donor capital tend to spend more on programming and less on administration, which suggests that donors successfully limit the appropriation of resources by management. This redistribution of expenses might reduce agency costs by limiting perquisite consumption and asset substitution, among other problems.

We also find that for each dollar in cash donations received, 45 cents is typically added to a museum’s endowment. This is an extremely large savings rate, and, compared to the coefficient on operating surplus (which is virtually zero), implies that museums save almost half of their donations but none of their profits. Our explanation comes from donor restrictions forcing museums to save gifts and spend them gradually over time and a related (alternative) explanation that many gifts are solicited for the express purpose of building an organization’s endowment fund.

Finally, we find that museums have less variable performance when they receive large amounts of permanently restricted gifts. However, these financial benefits come at the cost of reduced operating flexibility, and as a result museums’ profit margins are lower when restricted gifts are sizeable.

Donor governance represents an important channel through which the financial backers of nonprofit firms influence the behavior of management, but we know relatively little about its details. Future research into many of the questions raised in this paper will hopefully enhance our understanding of capital raising in the nonprofit sector.

David Yermack, is Albert Fingerhut Professor of Finance and Business Transformation at the Stern School of Business, New York University (NYU), Chairman of its Finance Department and Director, NYU Pollack Center for Law and Business.