DOES BELONGING TO AN ARTISTIC MOVEMENT MAKE BETTER-SELLING ARTISTS?

By Christiane Hellmanzik and Douglas Hodgson 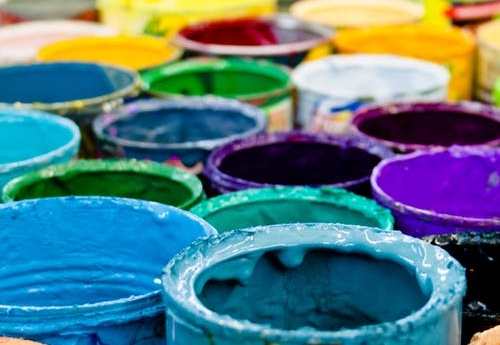 The now-substantial literature on the career age-valuation profiles of artists has paid limited attention to the effects on the profiles of association with artistic movements. We undertake a hedonic regression analysis using a large data set on recent auction prices for nearly 300 important modern painters. We focus on the possible contribution to career creativity profiles of movement association, for such major movements as Cubism, Surrealism, and Pop Art. We also consider effects of association with different categories of movements and detect intra-movement heterogeneity in creativity profiles.

In essence this paper analyses the contribution of being in an artistic movement such as Cubism, Surrealism, and Pop Art to the career profiles of modern artists. In particular, can we see time patterns of productivity for different artists associated to the same movement that have some commonality with regard to the years of the existence of the movement itself? To this end, we undertake a hedonic regression analysis using a large data set on recent auction prices for nearly 300 important modern painters.

From analyses of modernist avant garde art such as that of Poggioli (1968) are described a fundamental tension in the process of artistic creation between the defiant individualism of an artist trying to pursue a personally meaningful vision and the need for group solidarity in order to facilitate this pursuit in an environment that is hostile and uncomprehending. The support provided by the group, or movement, can be mostly of social, economic, or organizational value, but can in principle also be essential to the creative process itself.

This research paper focuses on the possible contribution to career creativity profiles of movement association. Moreover, we consider the effects of association with different categories of movements, whether artist-defined or critic- or historian-defined. The motivation behind this is to obtain a better understanding of the importance of art movements for value creation. The two underlying hypothesis being: artist-defined movements bear impact on the artists’ productivity directly via the inspiration from colleagues, a certain painting technique or subject. Art-historian-defined movements, however, bestow value to paintings by association to the movement and recognition value of characteristics that represent a certain movement.

There is substantial literature on the career age-valuation profiles of artists, however it has paid limited attention to the effects on the profiles of association with artistic movements. This is surprising since we know that many of the superstar painters were members if not even forerunners of artistic movements, such as Pablo Picasso for Cubism or Andy Warhol for Pop Art. Moreover, using artistic movements to trace out career patterns of artists over time, the question remains as to why artists organize in groups in the first place when the production of visual art is in essence an individual pursuit.

In this study we focus on the potential effect of movement association on creativity through its impact on career creativity profiles. We do this in the framework of a hedonic regression for log price estimated with recent auction data for 272 major modern artists, most of whom we group into movements based on art historical evidence, in which quadratic profiles for year of production, pooled across artists associated with a particular movement, are included for each of the 20 movements we identify.

We find that for 14 of the 20 movements groupings are of significant importance for explaining the determination of auction prices. We also consider the possibility that modern art movements can be partitioned into two categories, those with a relatively stronger structure, possibly self-defined and named by the artists themselves, and possibly also possessing an explicitly articulated aesthetic, social, or political programme, which we term “contemporaneous”, and those with a looser structure in which the definition and naming of the grouping may have been provided by critics or historians, termed “umbrella” movements. Both types of groupings are found to be statistically important, with prices actually being higher for umbrella groups, to which many of the greatest artists belonged.

The econometric model includes a quadratic age-price polynomial pooled over all artists plus twenty quadratic polynomials in year of production, each one pooled only over the artists belonging to the movement in question. A plot of the function employed by these latter parameter estimates thus provides a measure of the common time dynamics of price among members of a movement after controlling for the generalized career profiles averaged over all artists. As mentioned above, these are significant for 14 of the 20 movements, and examples are illustrated here for the Dada and Abstract Expressionist movements.

Both movements peak at a date later than what is generally considered to be the art historical “heyday” of each movement, suggesting that the creativity impetus that an artist obtains from the movement may take some time to work itself out. Furthermore, the “lag” in this example is shorter for the more conceptually-oriented Dadaists, suggesting that our results do not necessarily conflict with the Galenson hypothesis that conceptual artists reach their peak earlier. Under our interpretation, this is because it takes less time to fully work out the implications of the creative stimulus that the movement provides.