CAN TWO HEADS LEAD? THE ART VERSUS THE COMMERCE ORIENTED MANAGER IN FILM PROJECTS 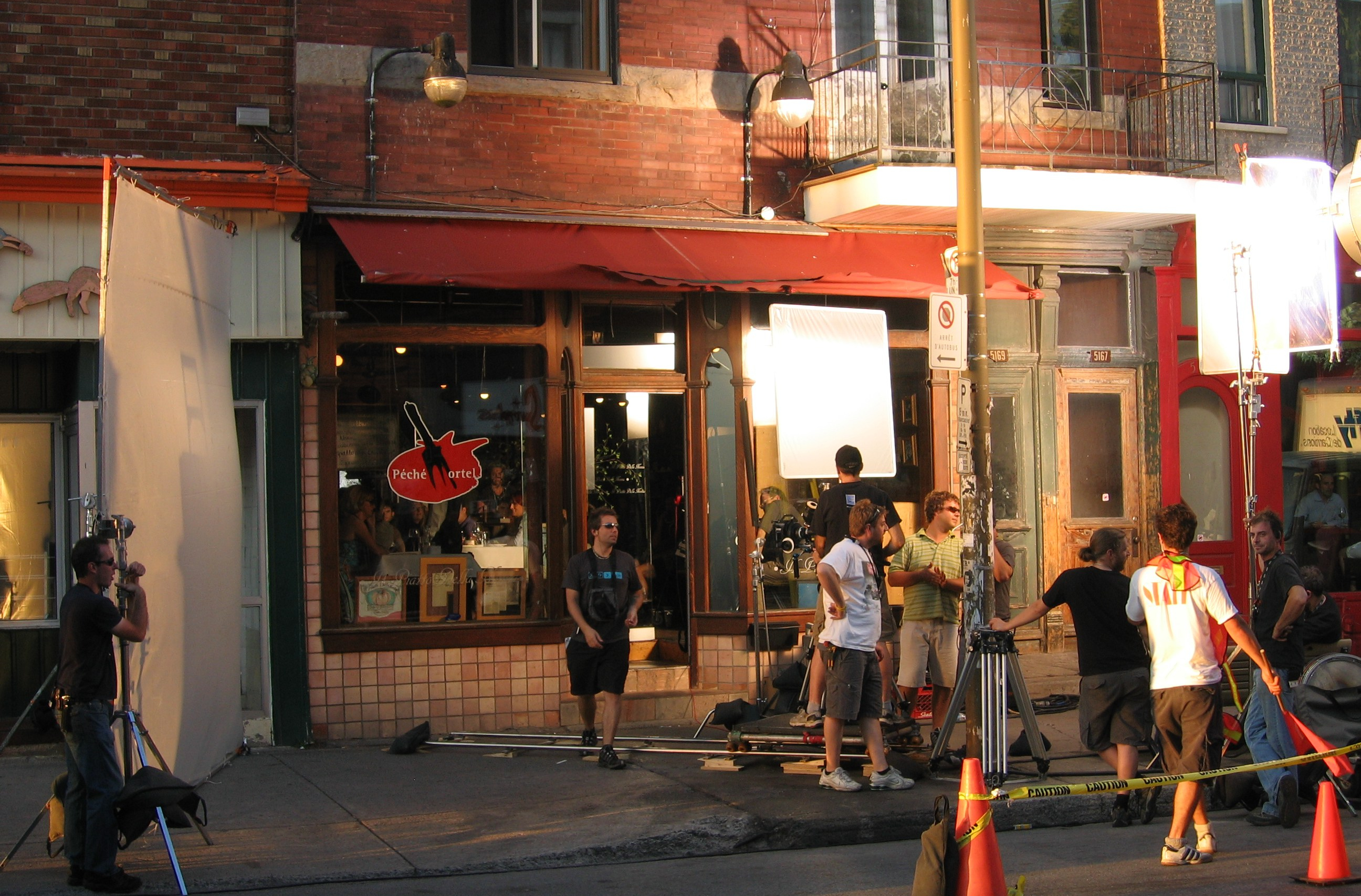 Film projects have a dual-leadership structure, based on a division of tasks between the director and the producer, with the former predominantly responsible for the artistic and the latter for the commercial aspects of the film. The 1st Assistant Director (1st AD), who is positioned hierarchically below and between these dual leaders, plays an important role in managing conflicts between art and commerce.

A good example of a cultural industry with a dual leadership structure is the film industry. Film projects often have a dual leadership, with the director being mainly responsible for the artistic, and the producer for the business, aspects of the film. Because of its project-based nature, most roles in the film industry are highly standardized and clearly defined to ensure smooth collaboration between professionals that often do not have a collaboration history. The 1st Assistant Director (1st AD), who occupies a position hierarchically below the producer and director, is responsible for executing the planning, coordinating between the different departments, and in charge of the film set. Throughout the shoot the 1st AD is constantly communicating the intentions of the director to the rest of the cast and crew, while at the same time providing regular, often daily, progress reports to the production office. Figure 1 shows the organizational structure of a prototypical film set, highlighting key roles and reporting lines. The horizontal dashed lines originating from the 1st AD indicate the coordination task of the 1st AD with the heads of the other departments. 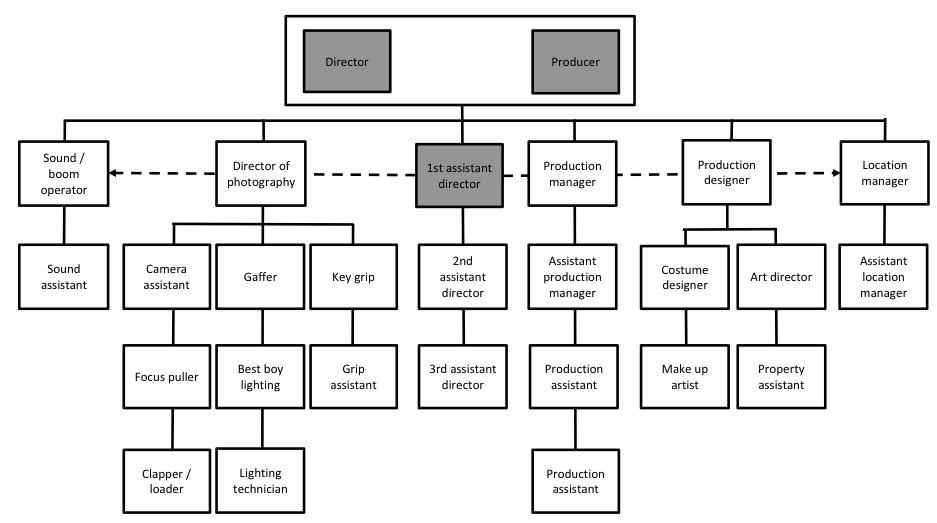 The role of the 1st AD, precisely because they are accountable to both dual leaders, is characterized by role conflict and role ambiguity. First, they can experience role conflict because the expectations projected on them by the producer may be inconsistent, or even diametrically opposed, to those of the director. Second, they are likely to face role ambiguity because the boundaries of the 1st AD role, especially in relation to that of the producer and director, are unclear. However, role conflict and role ambiguity also provide 1st ADs with opportunities to define their role expansively. By doing so, 1st ADs can increase their ability to act as a buffer between the dual leaders. Moreover, the more the director and producer employ a narrow definition of their respective roles, the more space they leave for the 1st AD, and the more likely it is that positive effects ensue from the 1st AD facilitating collaboration between the dual leaders, and bridging the artistic and commercial sides of the organization.

Our study has a number of practical implications, the first of which is to suggest that organizations could profit from designing structures in such a way that it leaves space for lower-level organizational members, who can mediate between dual or multiple leaders by expanding their role, while taking into account how leaders can directly and indirectly facilitate such behavior. Second, because employees, also in non-project-based organizations, tend to have increasingly less stable, defined and demarcated roles, they have to be able to, or learn how to, proactively define their own roles. Finally, managers need to learn how to accommodate the positive aspects of role expansion while at the same time mitigating its potentially negative effects on organizational stability, especially as a result of discontent by those organizational members whose roles are being invaded.

Joris Ebbers is Associate Professor of Entrepreneurship and Innovation at the University of Amsterdam.

Nachoem Wijnberg is Professor of Cultural Entrepreneurship and Management at the University of Amsterdam.