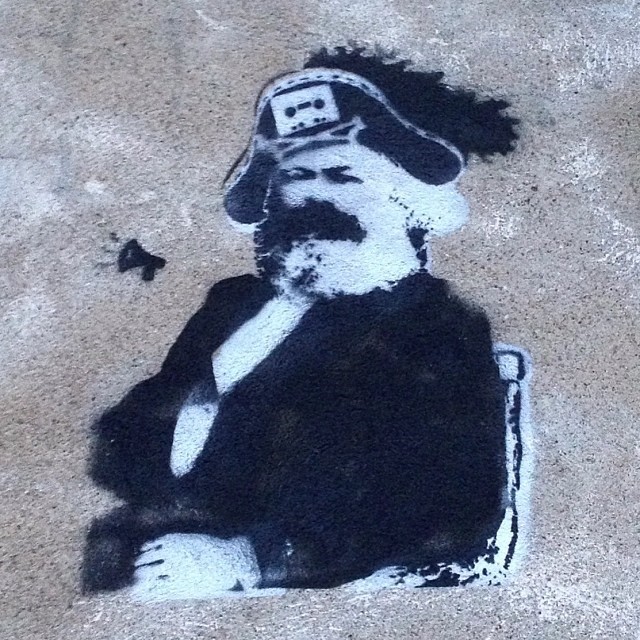 A longstanding and divisive debate rages over copyright enforcement online. This article discusses an alternative approach of a copyright compensation system (CCS) floated mostly by legal scholars. The few economists paying any attention have been skeptical. This article should change that. It provides solid evidence that a CCS for recorded music could more than double rights holder revenues from sales of recorded music while leaving consumers better off at the same time.

So far the evidence base of this debate has been weak. The few economists paying any attention have been sceptical, and the image above may illustrate worries of rights holder expropriation or excessive interference with markets. This article should change that, as it provides relatively solid evidence that a CCS could be surprisingly beneficial to users and rights holders alike.

The essential function of a CCS is to endow private Internet subscribers with the right to download and use works in return for a fee. There are obvious similarities to copying levies that are already in place in most highly developed economies. As Internet subscription is a more excludable service than copyright works online, an adequate CCS could ensure the remuneration of creators/rights holders without the need for costly measures aimed at inhibiting unauthorized use. The basic question of this paper is whether a CCS could simultaneously make rights holders and end-users better off.

Our empirical work falls into a very popular category among cultural economists: we have conducted a contingent valuation study, which is essentially a survey to gauge the value of as yet untraded or untradeable good and service. Surveys can only produce data on stated preferences, rather than direct observations of real-world decisions and there is much evidence that results can be misleading. To mitigate the problem, economists and market researchers have developed quite demanding methods. Accordingly, we used a discrete choice experiment based on a conjoint analysis, which also allows us to identify the value of specific attributes of a CCS and their combination. The territory studied is the Netherlands and in this paper, we focus on recorded music. The funds required came from a grant of the Netherlands Organisation for Scientific Research (NWO) and we got invaluable support from CentERdata, who let us run the survey on the sizable LISS panel that is representative of the entire Dutch population. Following the results of meta-studies, it seems improbable that our data would by exceedingly biased. In any case, our results are so pronounced that their basic direction would still hold with a bias far in excess of what has been found in comparable studies.

Even under some conservative assumptions, our result is very clear: a well-designed CCS for recorded music in the Netherlands could increase social welfare by over €35 per capita and year, which adds up to over €600 million and thus more than four times the current retail value of recorded music of €144 million. There is a broad range of prices for the CCS that would make both rights holders and end-users at large better off than they are under the status quo. For mandatory participation of all households with Internet connection this price range is from ca. €1.74 to €9.25. More technically speaking a CCS would pass a Kaldor-Hicks compensation test over this price range.

Uniquely, we also cover a CCS with voluntary participation for users. Here the results look even more promising. For instance, at a monthly price of €5, around 43% of households would opt in and the combined welfare effect of rights holders and participating users would be in excess of €700 million per year. A voluntary CCS would mitigate two problems. On the one hand, a majority of respondents had a very low willingness to pay. Voluntary participation would leave this majority free to opt out and should make the initiative more widely acceptable. On the other hand, the main economic criticism of CCS has been that it would offset the market mechanism in determining the total amount spent on copyright works – and thus eventually lead to a misallocation of resources. With users being free to opt out of a CCS, some market co-ordination would continue.

For the rest of the paper, we discuss some limitations of our empirical work and possible extensions of the analysis. First, at the time of data collection, the digital market for recorded music was already accounting for the bulk of music sales and music subscription services were very popular. Our results reflect the added value of a CCS in the presence of an effective legal supply of downloads and streams online. Second, a CCS needs to come with a system that establishes how much specific works are used online and that rewards creators accordingly. It is debateable to what extent this can be achieved. The evidence from the performance of collecting societies may be mixed but Internet platforms such as Youtube or Spotify and some ‘big data’ market research firms claim that they effectively measure use of works already. Other than that, we argue that many less direct or more long-term consequences of a CCS, which we were unable to gauge in our survey, should increase the CCS benefits rather than undermine them. A notable exception is the one-off adaptation cost for existing, authorized retailers, who may thus object to CCS initiatives.

Overall, we believe our study should put CCS on the agenda of stakeholders and policy makers. To be sure, according to welfare economic principles, a CCS is far from an ideal solution. However, the real-world alternatives of costly enforcement or unrestricted and uncompensated unauthorized copying are hardly perfect, either. The title of this paper seeks to invoke the notion of a dilemma, where one gets to pick the lesser of two evils. In any case, our results suggest that a CCS has the potential to increase the proverbial pie that rights holders and end-users could split amongst each other compared to the status quo. Some caution is in order: this study is based on stated rather than revealed preference data, and whether any CCS will perform well is also a question of implementation. Nevertheless, our results are about as strong as it gets for this kind of study. It remains to be seen whether this signal is strong enough to motivate experimental applications of CCS in the foreseeable future, so that we can learn more.

Acknowledgements: The research presented here was conducted as part of the NWO-funded project Copyright in an Age of Access at the Institute of Information Law at University of Amsterdam, with the lead researcher Bernt Hugenholtz.

Balázs Bodó, PhD (1975), economist, piracy researcher at the Institute for Information Law (IViR) at the University of Amsterdam.