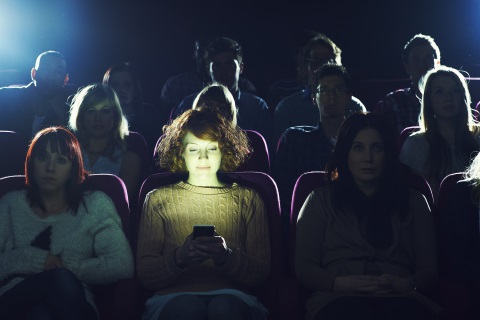 Cultural consumers are increasingly hard to pin down as a certain type of consumer with a clearly defined taste. In addition, younger generations show a declining interest in canonized art forms. At the same time, government support for the arts is being reduced in many countries, including the Netherlands, and consumers too have less to spend on art. What are the consequences of this situation for cultural policy makers, producers and venues?

Let’s look at some numbers first, taken from the most recent version of the Arts Index of the Netherlands. While overall attendance has not changed much since 2007, the number hides a sharp decline in attendance of performing arts, which is compensated by increased museum and cinema visits. Amateur arts participation and buying art (including movies and music to be played at home) have diminished very rapidly since 2009, right after the economic recession set in. The downward trend in buying CD’s and DVDs is largely compensated by the increased availability of digital content for downloading or streaming. The decrease in amateur art participation, on the other hand, does seem to indicate a decline in affordable offerings and in people’s artistic engagement, posing a potential threat for future interest in the arts. Public support went up due to increasing hours of voluntary work in the cultural sector (a similar trend is observed in the USA) and gifts from private persons. Ironically, the rise in reported public support is probably in part due to institutions having to resort more to volunteers because of financial constraints.

The diverging trends in attendance demonstrate that the highbrow-lowbrow distinction within the cultural field remains important, albeit mostly to distinguish between the tastes of older and younger people. Studies into the dimensionality underlying cultural taste patterns agree that the more important distinction is between those who are culturally active across the board and those who do not participate much in any of the culturally activities typically addressed in surveys (Bennett et al., 2009). Many of the former can be characterized as voracious consumers (Sullivan & Katz-Gerro 2007). In fact, during the last decades, the tendency to combine highbrow- and popular culture (which defines the cultural omnivore) has hardly increased, but the number of cultural activities people undertake within a given amount of time has (Van Eijck & Kraaykamp 2014). Younger generations are forerunners in this respect. Thus, cultural consumption is characterized by a faster pace, more different activities and a larger share of popular culture because younger generations are less interested in the more canonized art forms.

This versatility of contemporary cultural lifestyles has a number of relevant consequences. Firstly, if cultural organizations or policy makers wish to respond to these trends and encourage interest in the arts, it would make sense to focus on what precedes participation, which is having this interest itself. For the Netherlands, Van den Broek (2013) calculated that about one in every three people with an interest in an art form will actually participate. For the large group who do not, the cultural infrastructure is very important nevertheless as it makes the art they enjoy on their own terms possible and accessible. Increasing the online availability of performances or collections will facilitate those who are interested but do not formally participate and may also be profitable as an alternative (pay per view) release window for companies.

Secondly, the increase in informal or mediated cultural participation makes formal attendance a less valid indicator of cultural activity. Given the previous argument, enhancing formal participation should not be the only goal of cultural policy. YouTube, Spotify and many other channels allow people to enjoy – and be inspired by – their favourite art anytime, anywhere and virtually for free. Appreciation of cultural offerings that were encountered outside the official venues implies that these offerings are relevant and that the associated intrinsic or social values of the arts can be realized also for these so-called non-visitors. Thus, art is important for a much larger group than attendance registrations, on which much policy (research) is based, suggest, especially in times when audiences have alternate interests or preferences that are partly satisfied online or in other mediatized formats. Policy makers who acknowledge this should think of alternative ways of assessing the impact or relevance of the arts.

Finally, lifestyles must be mapped more broadly in order to understand the potential audience. Another consequence of the volatility of contemporary cultural lifestyles is that focusing on single cultural activities is not very useful for learning what type of (potential) consumer we are dealing with. Instead, broader taste patterns need to be mapped because the meaning of activity A depends on whether or not it is combined with activity B. For example, people appreciating only classical paintings have a very different profile from those who share this preference but also appreciate modern art alongside (Berghman & Van Eijck 2009). Similar preferences can be part of different consumption patterns and therefore match with very different aesthetic dispositions. Cultural venues should take this up by getting to know their audiences in terms of their broader consumption patterns in order to cater for the diverging interests and motives of their audience segments.

This text is based on (parts of a chapter the author wrote in a study on the valuation of culture published by the Dutch Council for Government Policy in 2015):

Koen van Eijck is Professor in the Department of Arts and Culture Studies at Erasmus University Rotterdam.