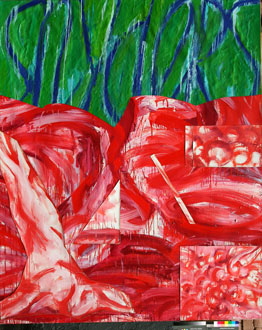 Despite the increasing popularity of community-inclusive, bottom-up management in the field of cultural heritage, researchers on the subject still face the challenge of limited naturally-occurring data of participatory processes. This hinders the systematic study on the subject, which would be necessary for informing implementation to the real world. Is there any other way to gather relevant data and escape from this vicious circle? Well, we’d better start experimenting! Literally.

Considering the vast work of behavioural economics on critical issues related to people’s preferences, behaviour and decision-making, we argue that experimental protocols can be adapted by heritage scientists to respond to questions related to community participation and collaboration in places where traditional management models still prevail. This implies that economic experiments open-up a novel research avenue for collecting ex-ante field observations of participatory processes, through procedures and tasks that imitate real circumstances. This can help exploring the dynamics of collective decision-making and the drivers to better partnerships, which in turn can promote and back-up community inclusiveness with hard evidence.

To illustrate this argument, we share here some of our experiences (Dragouni et al., 2018) from the field. In Autumn 2015, we ran a series of field experimental sessions in an isolated community in Greece, whose local heritage featured amongst the latest Europa Nostra ‘7 Most Endangered’ list. Our aim was to test collaborative decision-making for heritage in a locality with no such previous experience. Research participants included heritage state professionals, local government officials and residents, who were organised into small groups. Each group followed a composition (treatment) that imitated either the (i) conventional top-down management (experts-officials only), or (ii) grass-roots management (citizens only) or (iii) participatory management (officials –citizens).

Using a variation of a public good game (see for example, Van Winden et al, 2008), the sessions featured two realistic management scenarios for heritage development. By design, the implementation of these scenarios rested upon participants and the resources they would be willing to contribute to local heritage. At each round, a voluntary contributions mechanism assigned the groups with a real monetary endowment and a simple allocation task between a heritage account and a private account. Contributions to the heritage account would be used to fund heritage whereas contributions to the private account would be shared amongst group members for any other use. Each group was requested to reach a joint decision on how to use their endowment whereas group deliberation was recorded to extract data on individual (desired) choices and conflict. All subjects also responded to a personal questionnaire at the beginning of the sessions which helped us observe how participants’ background and beliefs shaped individual and group preferences during decision-making. Overall, generated data allowed us to compare behaviour across different collective settings, the causes and impact of conflict upon collaboration and negotiations between own preferences and communal choices.

As revealed by experimental results, participatory and non-participatory groups exhibited no significant differences in terms of contributions to heritage (both experts and non-experts had an equal pro-heritage attitude). Interestingly though, citizen and participatory groups were more susceptible to conflict situations. Still, conflict was found to have a positive effect on cooperation, indicating its rather constructive role during deliberation in more democratic settings (the opposite held for top-down management groups). Perhaps not surprisingly, our findings revealed that trust in local institutions and social actors had the most decisive role in driving decisions that supported heritage for the generation of communal benefits.

We believe that these results provide an eloquent example of the research power of economic experiments to meaningfully inform both academic discussion and policy debates regarding participatory heritage management. The transferring of experimental methodologies to the field of heritage studies introduces a new and exciting line of research into the subject. Field experiments can create benefits for both experimenters and participants, serve as a process of reflection on communal issues and problems and provide an open platform for local stakeholders to meet and share their thoughts on heritage. They can, thus, complement current tools such as ethnography, historical and survey research. Let’s give them a try!

Dr Mina Dragouni has completed her PhD studies at the University College London, Institute for Sustainable Heritage and is currently Post Doctoral researcher at the Faculty of Management at Bournmouth University in the UK.