THE BEHAVIOURAL ECONOMICS OF CULTURE 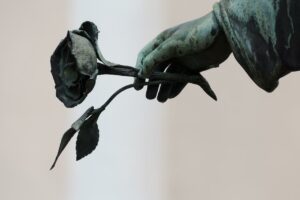 Cultural markets and industries are rife with behaviour at odds with traditional economic assumptions. Evidence of this is found in some of the perennial issues within cultural economics such as how to address non-market valuation and market failure.

Since the inception of the field which, researchers at different times have pointed to limitations inherent in the assumption of full instrumental rationality for goods and services that frequently defy what it is to be a so-called normal good. For instance, in one of the most cited papers in cultural economics, Throsby (1994) notes that in some cases standard economic approaches ‘can be readily applied’ (p.16) to the arts and culture, while in other cases such approaches are ‘merely quixotic’ (p.14). Extending upon this view Blaug (2001) suggests cultural economics needs to move beyond the standard rational choice framework to incorporate developments in psychology such as bounded rationality (p. 126, 132–133). Similarly, according to Frey (2000), in the economics of the arts ‘it may be fruitful to transcend the rather rigid limits of orthodox neo-classics’ (p. 6) by drawing from a range of fields including cognitive psychology.

In our recent paper we make the case for further advancing cultural economics through the application of methods and insights from behavioural economics.  As an initiative behavioural economics makes economics more descriptively accurate by incorporating empirical methods and insights from other social and human sciences, including most notably psychology. We argue that behavioural economics offers a consistent paradigm capable of both accurately reflecting human behaviour that can be described as ‘predictably irrational’ (see: Ariely and Jones, 2008) as well as bringing different models and methods that respect the traditional objectives and spirit of economic analysis. A further appeal of behavioural economics is its ability to inform the design and evaluation of cultural policy. While fields such as health, education and the environment have witnessed a burgeoning literature dedicated to policy initiatives informed by  behavioural economics, within the cultural sector this has received  scarce attention. While this is perhaps not surprising given that cultural policy occupies a rather niche position within governments active policy domain, its absence makes even more stimulating and challenging to investigate cultural policy issues from a behavioural economics perspective. This is particularly so at the present time when parts of the arts and cultural sectors around the world grapple with challenges (and new opportunities) in the wake of the global pandemic. In recognising the challenge for empirically informed and evidence-based policy, the most recent 21st International Conference on Cultural Economics reflected the theme of cultural policy.

This is not to suggest that behavioural economics has not already been making in-roads to understanding how cultural economising occurs, but rather our intention is to make the call that considerable opportunities exist. The behavioural qualities of the arts and culture make behavioural economics a natural fit to employ in their empirical investigation. Within our field’s leading journal, the Journal of Cultural Economics, some of this emergent research can be found. As but two examples, Lattarulo et al. (2017) investigate nudging in the context of museum attendance while Suarez-Vazquez (2011) experimentally tests how individual cinema-goers are influenced by critical reviews and the presence of box office stars. These are but a few examples, although certainly more opportunities exist for cultural economists to pursue fruitful avenues of behaviourally inspired research.

Suarez-Vazquez, A. (2011) Critic power or star power? The influence of hallmarks of quality of motion pictures: an experimental approach. Journal of Cultural Economics, 35(2), 119–135

Bronwyn Coate currently serves as Executive Secretary / Treasurer for the Association for Cultural Economics International (ACEI) and is a Senior Lecturer in the School of Economics, Finance and Marketing at RMIT University in Melbourne, Australia.