SIEC 2019: THE HAPPY FEW, ALBEIT FURTHER AND FURTHER AWAY

Those of us who practise and study in the field of cultural economics often find ourselves being called ‘the happy few’. It is true that there are few of us who are followers if we compare ourselves in number to those in other areas of, let us say, mainstream knowledge in economics, although one does sometimes get the feeling that we make up one tight-knit group with our regular meetings, and it is indeed astonishing to see the enthusiasm of those who form part of this community. Nowhere else can you find scholars who believe so passionately in what they are contributing and in what they are unearthing, probably because what they discover and what they study are linked to feelings and deep-rooted perceptions of human nature such as emotion, beauty or identity.

It is therefore extremely gratifying to see how this scientific community is, fortunately, growing, testimony to which is the recently held second Ibero-American Seminar on Cultural Economics (SIEC Valdivia 2019), which took place in Valdivia, Chile, on 5 and 6 December 2019. There, a large group of scholars, perhaps less well-known, younger and more diverse than is to be found at the meetings usually held in this field, gathered to discuss and share their thoughts on an array of different studies and research topics that are ongoing in the area of cultural economics. The meeting involved one and a half days of work with twelve parallel tables at which some 70 research works were presented (see the scientific programme below), spanning applications to the area of Latin-America in the topics most frequently dealt with in the field, such as cultural participation studies and analysis of the demand for cultural goods, project and policy evaluation, efficiency analysis of cultural institutions, studies into the performing arts, museums, and so on. Prominent were works addressing the economic impact of cultural industries and creative activities, as well as various successful experiences related to promoting artistic creativity, such as the case of Inothim, in Brazil, presented by Ann Markusen. Yet there was also room for innovative and ground-breaking analytical approaches such as the presence of various works considering natural resources and the environment as a form of cultural and ethnic characterization of the landscape and of different sites. This opens up fresh analytical and cultural capital evaluation perspectives, at least for those of us who come from the “old Europe” and who are accustomed to places that abound with elements of historical heritage and the vicissitudes of history.

It might have been thanks to the tranquillity and beauty of the Valdivia landscape, with its exuberant and luminous nature, or no doubt also to the warmth with which Professor Andrea Báez-Montenegro  and her team from the Universidad Austral de Chile organised the event and the complementary cultural activities, that it was possible to create an area that was so conducive to relaxed and constructive discussion, as well as an atmosphere in which to rekindle old friendships and make new ones, and to see how strong this field of study is at present in Latin-America. Many of the contributions to the seminar came from Chile and Brazil, together with a notable number from universities in Colombia, Mexico and Argentina, coupled with a smaller number of contributions from Spain, Portugal and the United States. Latin-America is a vibrant area, with a unique and to a certain degree shared yet at the same time diverse cultural identity which is rich in its variety, spanning literature, historical heritage, immaterial heritage, music, and so on. The power of this cultural capital is beyond question and ensures its continuity as a source of inspiration and scholarly enquiry in the future. The area can also boast leading cultural institutions and universities, as well as a scientific community, which is no longer in its infancy and which is keen to engage in the economic analysis of culture, both past and present.

The Ibero-American Seminar on Cultural Economics is testimony to this interest and to the desire to consolidate even further a forum for scientific debate in the field in this part of the world. The initiative was first born in Medellin, Colombia, with SIEC 2017, at the request of the Universidad Nacional de Colombia (in Medellin) and Professor Nora Espinal-Monsalve. SIEC 2019 Valdivia was the second edition, hosted by the Universidad Austral de Chile under the charge of Professor Andrea Báez-Montenegro and her team. However, the aim is to seek its continuity, and indeed the third edition of the Seminar is to be held in the city of Belo Horizonte, Brazil, in 2021, under the auspices of the Universidad Federal de Minas Gerais and promoted by Professor Ana Flavia Machado.  The various seminars have also seen a scientific committee involving several members of the ACEI and frequent attendees at its congresses. We should no doubt congratulate ourselves on this initiative and feel happy that it should be consolidating itself as one more among the regional workshops in cultural economics to be held in odd-numbered years and as yet another chapter of ACEI as a scientific association, in this case in the area of Latin-America.

On the last day of the seminar those responsible for SIEC Valdivia 2019 organised a trip to a natural park situated on the rugged Valdivia coast, on the shores of the Pacific, a landscape of indescribable and serene beauty, even though it is located on an unstable tectonic plate that occasionally shifts and changes. This instability is also reflected to a certain degree in some of the country’s institutional foundations, which have recently been subject to various social demands, in a still young nation such as Chile, which is eager for change. This tension vis-à-vis the established situation, in the face of what we had thus far believed to stand so firm, is likewise being felt in other countries in various ways, such that we also feel them to be close to us. Nevertheless, at this time of upheaval, recalling the permanence and value of calm as well as the productive discussions like the one held in Valdivia can strengthen our spirit and give us renewed energy for the year ahead. When all is said and done, we may well indeed be the happy few. 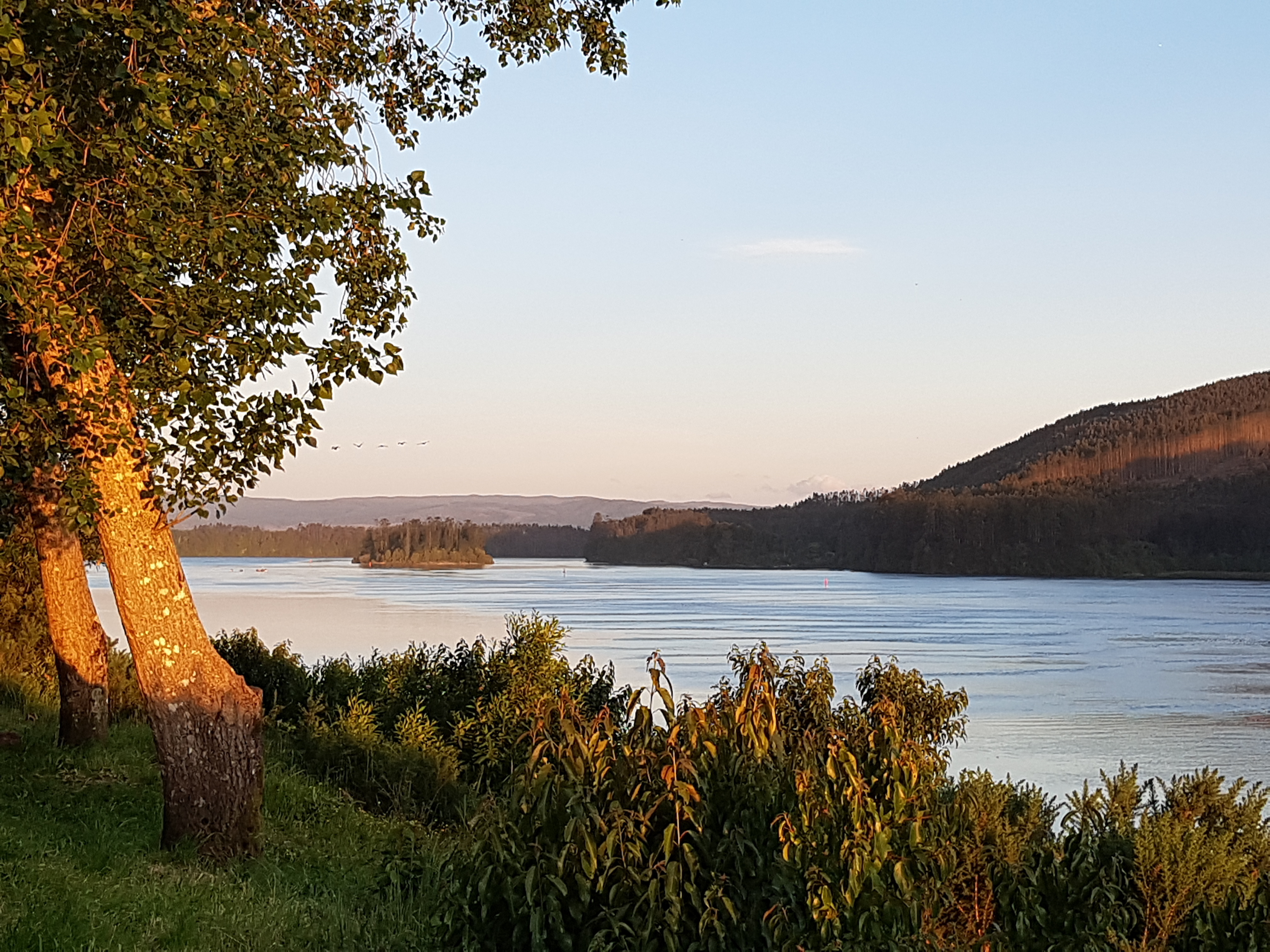 2nd Ibero-American Seminar on Cultural Economics. Organized by the Austral University of Chile, Faculty of Economics and Management.

Luis César Herrero-Prieto is Professor of Applied Economics at the University of Valladolid, Spain.