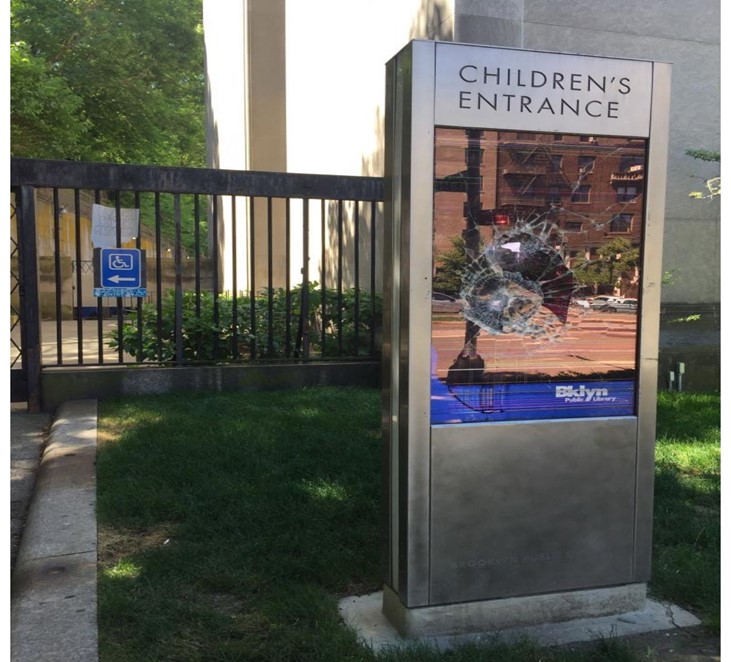 In Weber (2017), I introduce the category “art statism” to describe when the state, as defined by Max Weber (1919), uses public art to gain, maintain or grow its discretionary power. In this blog I share a personal story taking place during coronavirus-time in New York City, centered around the Brooklyn Museum and this highly-divisive time in American politics, to illustrate an on-the-ground example of art-statism.

There have been understandably many discussions on new forms of financing for the arts during this pandemical period of recent history with its concurrent cultural and economic shocks. For example the New York Timesreports that “as many as 95% of the world’s museums have shut down”, and in Europe 30% of the museums “might close for good” (Barron 2020, May 2).

This blog is not about new forms of finance for the arts, but rather what the arts should be skeptical about funding. In Weber (2017), I introduce the concept of “art-statism”, where the state, the state as defined by Max Weber (1919), uses art to gain, maintain or grow its discretionary power. Our present paper tells a story around the Brooklyn Museum and the use of the museum space for political purposes.

In New York City of course lives are shocked first by the coronavirus, then the economic lockdowns and masks and depersonalization, then by the protests against the lockdowns, and then the protests around policy brutality in the George Floyd case. It is beyond the scope of this blog to discuss the evolution of the Us versus Them two-party political system in the USA. However, the purpose of this piece is to show how entrenched this divisiveness has become, including in the ‘cultural sector’.

First we should make clear in the spirit of reflexivity why we believe the George Floyd case might have occurred. The police labor unions have special treatment under law making it very difficult to discipline police officers who abuse their power. The two special privileges under law are qualified immunity and police union-appointed arbitrators in cases of discipline for abuses of power. The Economist (2020) finds that a police commissioner in Minneapolis tried to fire a police officer who consistently abused their power but was unable to do so due to arbitration protocols.  The same Economist article states that the Pentagon’s “surplus-weapons giveaways” foster police militarization (including in police training manuals; chokeholds are in the Minneapolis police manual) and that federally-based militarization “fails to enhance public safety while also eroding public trust in the police”.

Special treatment under law in general creates a “class” and therefore a sample of police officers may not have the incentives to act respectfully due to generations of special treatment under law. I have seen this first-hand every day during NYC coronavirus-time in Brooklyn with the arbitrary and discretionary enforcement of social-distancing and ‘wear a mask’ policies, especially in public spaces from March to June 2020.

There is a meme in American politics called “never let a good crisis go to waste”, and our story here is an example of that. I have to give some context before I can get to our specific example of art-statism.

My partner and I were to start recording our third album together at our friend’s house a nice walk away (we not been on the subway in more than 3 months) in the next neighborhood south of us in Brooklyn the Sunday after the National Emergency was declared on Friday, March 13, 2020. The recording did not occur as our friend is of the ‘vulnerable’ population and said it is not a good idea due to the state-declared emergency.

The campus was closed Tuesday, March 10, adjunct teaching recommenced on zoom Monday, March 16. My last monthly regularly-scheduled Brooklyn Free Speech cable TV show on classical liberal political economy issues was recorded at the BRIC Arts Media House in downtown Brooklyn on Saturday, March 14.  The studio was closed that same Monday, March 16, that adjunct teaching resumed virtually, so the show is uploaded to Youtube unedited. Our first new generation show on zoom was recorded on Sunday, April 19 and is of NYC coronavirus-time frequency and duration, we have produced 9 of them to date (July 5, 2020), though around the ‘normal’ 30 minutes each, with a semi-moderate variance.

Coronavirus-time is an extreme example of what Robert Higgs calls “regime uncertainty” (Higgs 1987). It is for this reason we expect that economic recovery, based on forward-looking investment, will be sluggish for a prolonged period.

Protests began in early May 2020 against the economic lockdown in NYC and most famously in the person of Manhattan clothier Elliot Rabin who refused to close his store despite warnings from the police.  As we were planning our next screen-media show about the protests against the economic lockdowns, the George Floyd incident occurs on May 25, and we suddenly have a show on both forms of protest during NYC coronavirus-time. The curfew in NYC (the only one I have ever experienced in my adult lifetime living in 6 cities in the USA) was declared on June 1 and ended June 7.

On October 26, 2019, NY Governor Andrew Cuomo declares “early voting awareness” and on May 29, 2020 declares Phase 1 reopening in NYC to begin June 8. By the week of June 8 our friend, bandmate and producer down the street is ready to record in their backyard with ‘social-distancing’ for Sunday, June 14. However, my partner accepts a telephone call on Wednesday, June 10 to work as a language translator for a full 9 days of ‘early-voting’ at the Brooklyn Museum from June 13 to June 21, so again no live in-person music recording.

I accompany my partner to the Brooklyn Museum on our bicycles the morning of June 13 for the first day of ‘early-voting’ (primary election day has been consistently, historically, scheduled as June 23) and on the way to the museum on our bicycles we see Exhibit 1 at the Brooklyn Library. (In 2007 the Brooklyn Museum was in the Top 20 of private art museums in the USA in terms of revenues, and also had the largest proportion of revenues from government sources (30%), Weber 2010. It should be noted that the museum is located on city-owned land.) 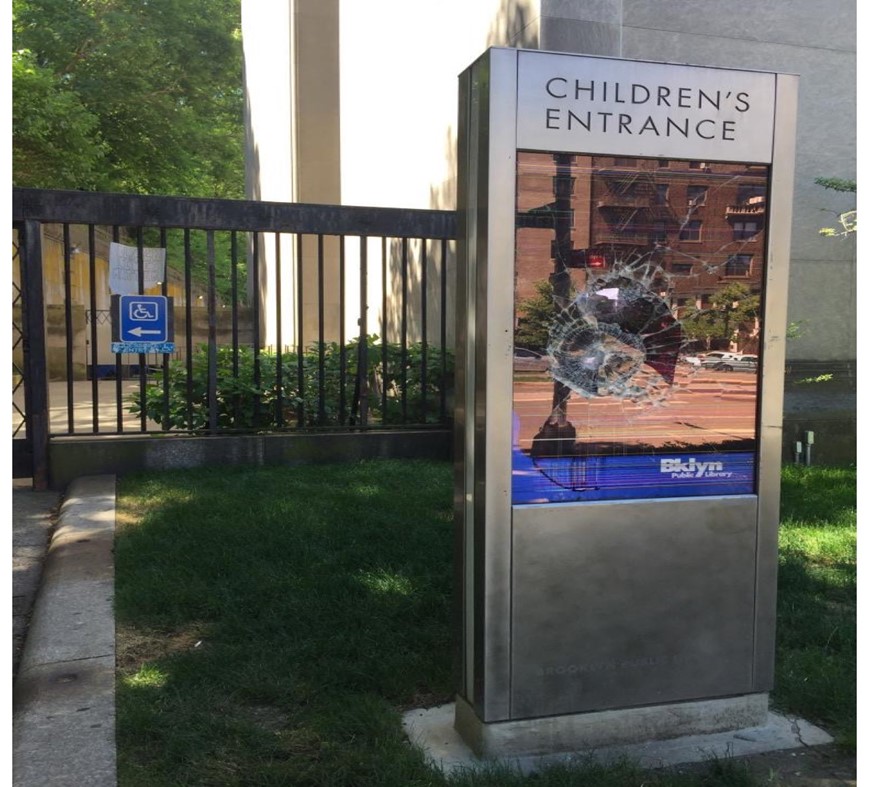 As stated we had been planning a show about the protests and two scheduled guests differed as to the spontaneity of the George Floyd protests.  I had not had any direct contact with any of the protests nor the resulting violence until I saw Exhibit 1. As discussed on the subsequent show, I asked, is this Brooklyn Library set-up done by protestors of the “far left” or those opposed in our Us versus Them society the “far right”? Boulding (1957) describes how a political party’s goal is to get elected, or remain in power, seemingly to assign neutral benevolence to the action of parties and rational ignorance to voters. Again this set-up is done the morning of, or the night before, ‘early-voting’ started Saturday, June 13.

In the mid-afternoon a week into ‘early-voting’, Friday, June 19, my partner takes her lunch-break from working as a language translator for the Board of Electionsand sends me the photos shown as Exhibit 2, stating that she has trouble getting back to her work-place at the polls due to the assembly. She also states that there are tables set-up for protestors to make their own signs. In addition, the museum is closed except for voting, however anyone can use the museum bathrooms.

Exhibit 2: The plaza of the Brooklyn Museum the afternoon of Sunday, June 19, 2020, during ‘early-voting’ at the museum. Photos by Dr. Xiaoxi Long, used by permission.

My partner and I make a lunch date for the last day of ‘early-voting’, Sunday, June 21. The protests have ended by then, as shown in Exhibit 3. 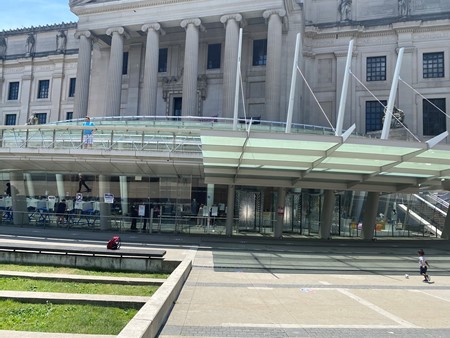 In Exhibit 4 we get to the dénouement of our local story on art-statism. We can see that an agitation for sign-making during the protests is actually stored inside the museum after the protests are over.  This is an example of art-statism, where we are using publicly-funded art (the prestige of the Brooklyn Museum) for political purposes, in this case, to call for defunding the police for public goods (as defined by the state) and the other “far-left” policy reforms as delineated in the protestor placards (the “far-right” of course has its own statist agendas).

The placard platforms statements of the assembly at the museum have nothing at all to do with addressing the special privileges under law of the (police) labor unions (which have continued to thrive and prosper under whichever Us versus Them political party, Red or Blue, is in power, and who will remain in power after all the shouting is over), militarization of the police by the US military and federal-state transfers, nor the complicated legal issue of qualified immunity.

Exhibit 4: “Sign Making” placard inside the Brooklyn Museum at the end of ‘early-voting’, late morning June 21, 2020. Photo by author. 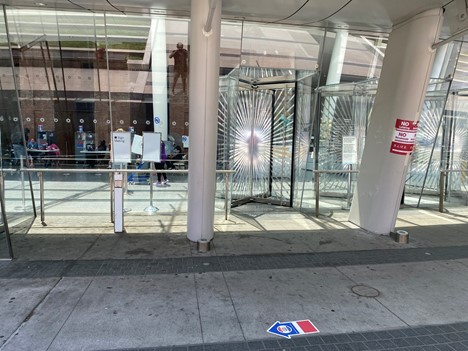 Conclusion: The image and politics

Boulding (1956) and recent public choice economics describes how in complex (depersonalized mediation) relationships, voter behaviour is rational yet non-logical.  Voter behaviour (political activation) is based on images. Politicians (and in the USA, the cartel-like Red and Blue parties) create ‘good’ and ‘bad’ images to gain votes. The image is pre-cognitive and helps to form our value systems and relatedly as manifested in action, our social institutions (for more on this see Weber 2019). Bourdieu (2010) also describes how art can perpetuate and appeal to class separations and perpetuate an elite ruling class.

I hope that our story has introduced some policy skepticism as to the public funding of the arts, especially related to museums and other public art. But in this we are not unique (ie., Grampp 1989).

Weber, C. Report from Brooklyn on the political economy of art
during coronavirus time. Short Communication Paper for Special Issue of the Journal of Cultural Economics ‘New Forms of Finance and Funding in the Cultural and Creative Industries’.

The Economist, American edition (2020). “Order above the law: How to fix American policing; The country’s forces kill too many of those they serve. Here is how to change that” (June 4), https://www.economist.com/united-states/2020/06/04/how-to-fix-american-policing

Weber, Cameron. M. (2017). On the value paradox in art economics,” Research in the History of Economic Thought and Methodology 35A.

Weber, Cameron. M. (2019). A rational reconstruction for ‘The image in life and society’ (Boulding 1956): Through the lens of recent expressive voter theory and the ‘good’ image in modern politics and society,” paper presentation to the 46thAnnual Meetings of the History of Economics Society, available,  http://cameroneconomics.ipower.com/2019%20HES%20Paper.pdf