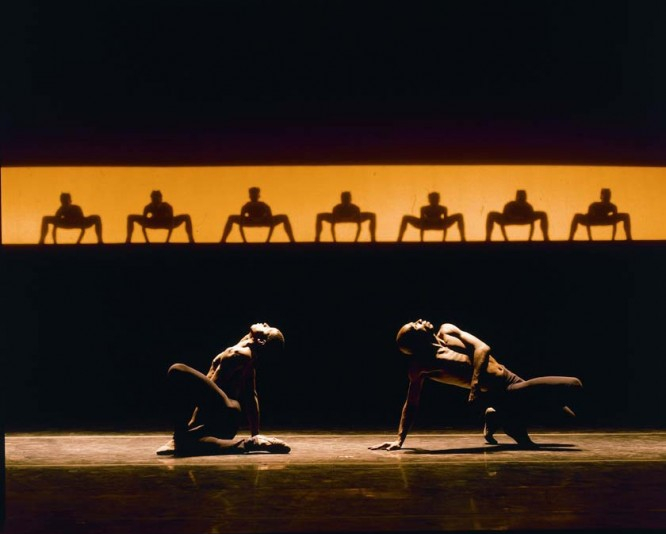 The Covid-19 global pandemic has drastically changed routines in worldwide. Given the high capacity of this virus reproduction, the most effective measure is social isolation. In this context, certain economic activities which are based on consumption outside the home and shared with other individuals, i.e.: sessions in movie theatres, live performances (theatre, dance, concerts, etc.), visits to galleries and museums, are and will be significantly affected by the current pandemic. Therefore, our objective is to discuss the Brazilian cultural sector, projecting the impacts of the shutdown of cultural activities outside home in both the cultural sector and broadly in the economy.

Regarding the cultural economics field and the Brazilian reality, it is highlighted: i) cultural diversity, given the country size and its various ethnic groups; ii) still reduced attendance at paid shows/activities,  when compared to other countries, due to income and education inequality; iii) prevalence of ‘home culture consumption’, given the national tradition of soap operas and other television programs; iv) public sector as the main agent fostering the sector – recently compromised by restrictive public policies.

According to the PNAD-C[4] from the last quarter of 2019, self-employed-workers predominate in the cultural sector, representing 73.2% of the total workers. This characterizes the informality present in the sector.[5] In accordance with the synthesis of information from incentive laws and the three Government spheres budget, the amount raised by cultural incentive programs reduced 2.26%: from USD 248.36 million in 2011 to USD 242.74 million in 2018. There was also a reduction of approximately 14% in the number of projects approved by the incentive laws between 2011-2018.

Telephone, pay-TV, and internet services represent 59.86% of the household expenditure in culture for all families. If considering the distributive pyramid: 62.93% at the base and 45.88% at the top. Culture and leisure activities – including consumption outside the home, represented 14.36% of expenditure on culture: 8.52% for the lowest-income-class and 21.7% for the richest.

Covid-19 brings great challenges to the cultural sector, especially for cultural activities offered to outdoors audience. Social isolation leads to a drastic reduction in the families’ expenditures on culture outside their homes. For instance, shows, cinemas, theatres, concerts, museums and others had their demand interrupted.

We used the Brazilian Input-Output matrix (MIP) to measure the magnitude of cultural services related to outdoors consumption in the Brazilian economy and the impact of this sector’s shutdown. Noteworthy that the cultural sector considered in the model is restricted to artistic, creative, and entertainment activities provided outside the residence. Therefore, the characterization of the sector is less comprehensive than the aforementioned.

Based on the input-output model, we simulated a 100% drop in household consumption in the artistic-creative-entertainment-activities activities outside home for three months, working as a minimal impact. Figure 1 shows the impacts projected in the production of the sector itself, in other sectors, and in the Brazilian economy. The total impact would generate a 21.2% drop in sector’s GVP and 0.17% in the whole economy (both in the year). In monetary terms, the results suggest a drop of R$ 11.1 billion in the value of the economy’s production, which implies that for each R$ 1 less in the sector, there is R$ 1.6 less in the economy. 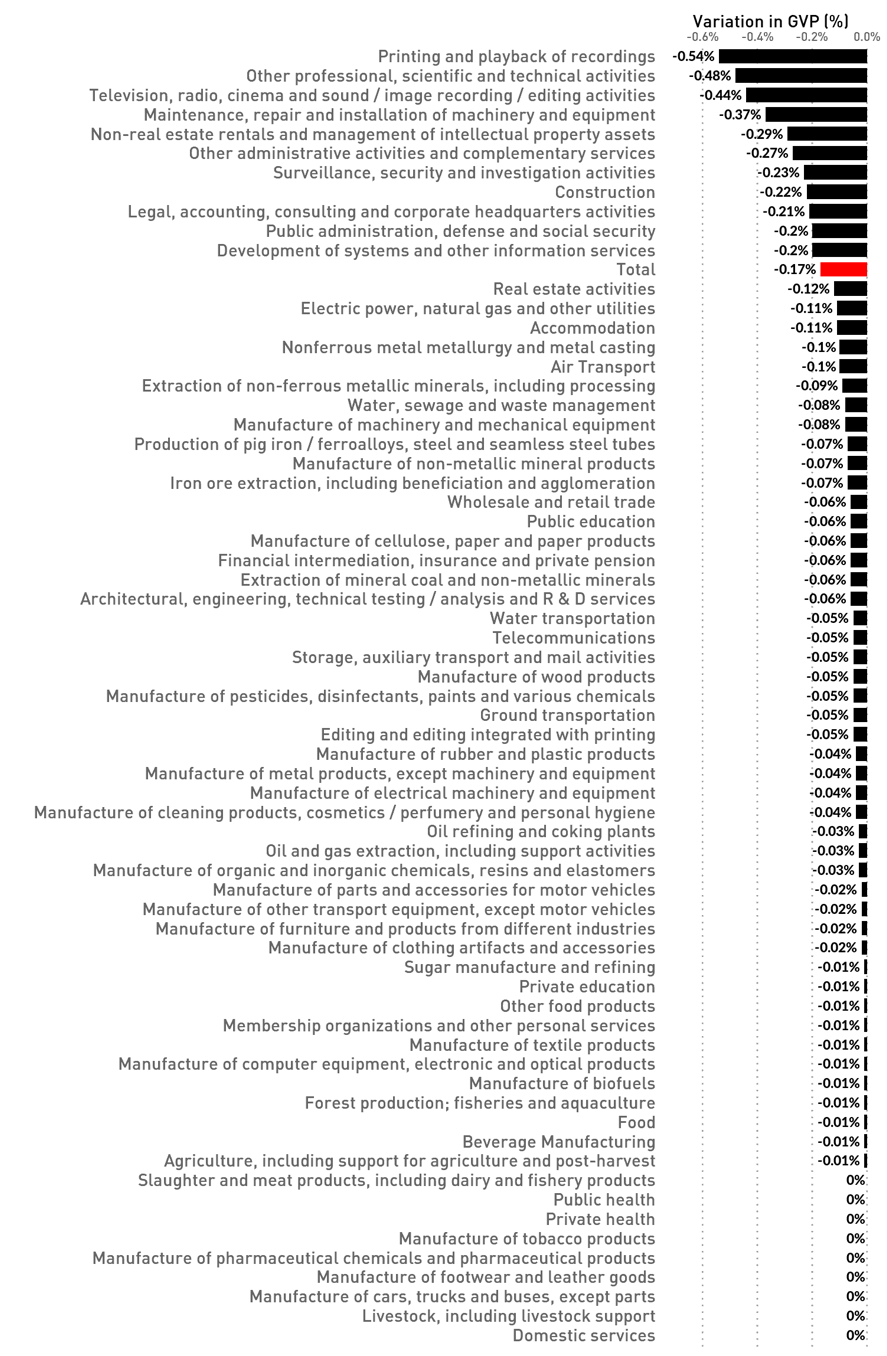 These results shed light on the impacts of Covid-19 on the culture economy in Brazil, even more emphatically considering cultural activities outside the residency and correlated sectors. At times such the Covid-19 pandemic, the pertinence of formulating public policies to mitigate the effects on the sector is crucial. Moreover, when one considers the closure of cultural spaces, paralysing artistic-cultural activities, and spreading the impact along the sector’s production chain. The cultural sector of a country, embedded in values and traditions expression, creativity stimulation, and entertainment, must be boosted through public policies that guarantee its production, dissemination, and income generation

Therefore, we reiterate the importance of expansionist performance by public sector, seeking to mitigate further impacts. Regarding short-term and emergency measures, we suggest policies which guarantee a minimum income for the sector workers, tax exemptions for cultural spaces and artists, credit lines and financing support, suppression of public services payments (water, electricity, telephone) for the spaces while inactive, and calls for digital production consumed at home.

Indeed, medium-term actions are also needed. For instance, expanding public investments in artistic-cultural activities, prioritizing poorer regions, and with less private sector participation. Policies to democratize the access to cultural goods and services, stimulating consumption and enjoyment are essential. There must be actions to encourage the new public (those who have only recently started consuming online cultural content during quarantine) to occupy cultural spaces in person, when safely possible and with all the recommendations (financing goods and services: alcohol gel, thermometer, personnel for access control, etc.). Furthermore, transversal public policies are core to improve the dialogue with tourism and education sectors, for example.

[1] IBGE stands for Brazilian Institute of Geography and Statistics. Data released in 2019.

[2] The IBGE definition considers industry, commerce and services activities directly and indirectly linked to culture. In the calculation of the Gross Value of Production, we only consider the direct ones by definition a priori (telephone services are not all associated with the production and dissemination of artistic-cultural content) and due to the need for better compatibility with criteria in the Input-Output Matrix, used for impact simulation.

[5] According to the PNADc of the last quarter of 2019, considering the existence of formal contract, 86.7% are informal workers. However, information is lacking in this regard. Considering only those who reported that they were self-employed, the result is 73.2%.