By Hasan Bakhshi and David Throsby 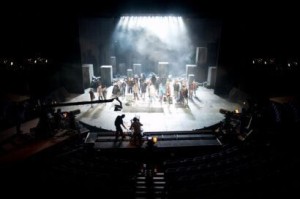 More and more performing arts venues are expanding their ‘virtual capacity’ by broadcasting their shows to digital cinemas. But might they be so successful that audiences forgo trips to the theatre itself as a result? Our study of London’s National Theatre NT Live broadcasts suggests not.

The National Theatre in London began broadcasting its NT Live screenings on 25th June 2009 with Sir Nicholas Hytner’s production of Ted Hughes’ translation of Racine’s Phedre. That night, around 28,000 saw the production live at cinemas in Europe and North America (allowing for time zone differences). Six years later, on 15th October 2015, NT Live Hamlet chalked up an audience of over one-quarter of a million measured on the same basis.

In Digital Complements or substitutes?, we report the findings of a quasi-field experiment to investigate whether the National Theatre’s 2009 broadcast of Phedre acted as a substitute or complement for traditional attendance at the National Theatre. A significant proportion of the 70 cinemas participating in the broadcast were located in the commuter belt of the National’s South Bank location, meaning that large numbers of people had a choice of where they experienced the production. By analysing detailed postcode data from the National Theatre’s box office transactions for Phedre, and comparing it with data from two ‘control’ productions we are able to test if audiences residing in the locality of NT Live screening venues were under- or over-represented at the theatre.

We do this by estimating two econometric models. In Model 1, we assume that any complementarity or substitution effects between National Theatre and cinema bookings are independent of how far bookers live from the National Theatre (or that these effects attenuate at identical rates). In Model 2, we relax this assumption. In both cases, the dependent variable is the audience share at the National Theatre box office for Phedre over its three-month run of the different postcode districts that make up the United Kingdom (summing to unity).

Table 1 shows how in both models we find no evidence of cannibalization. 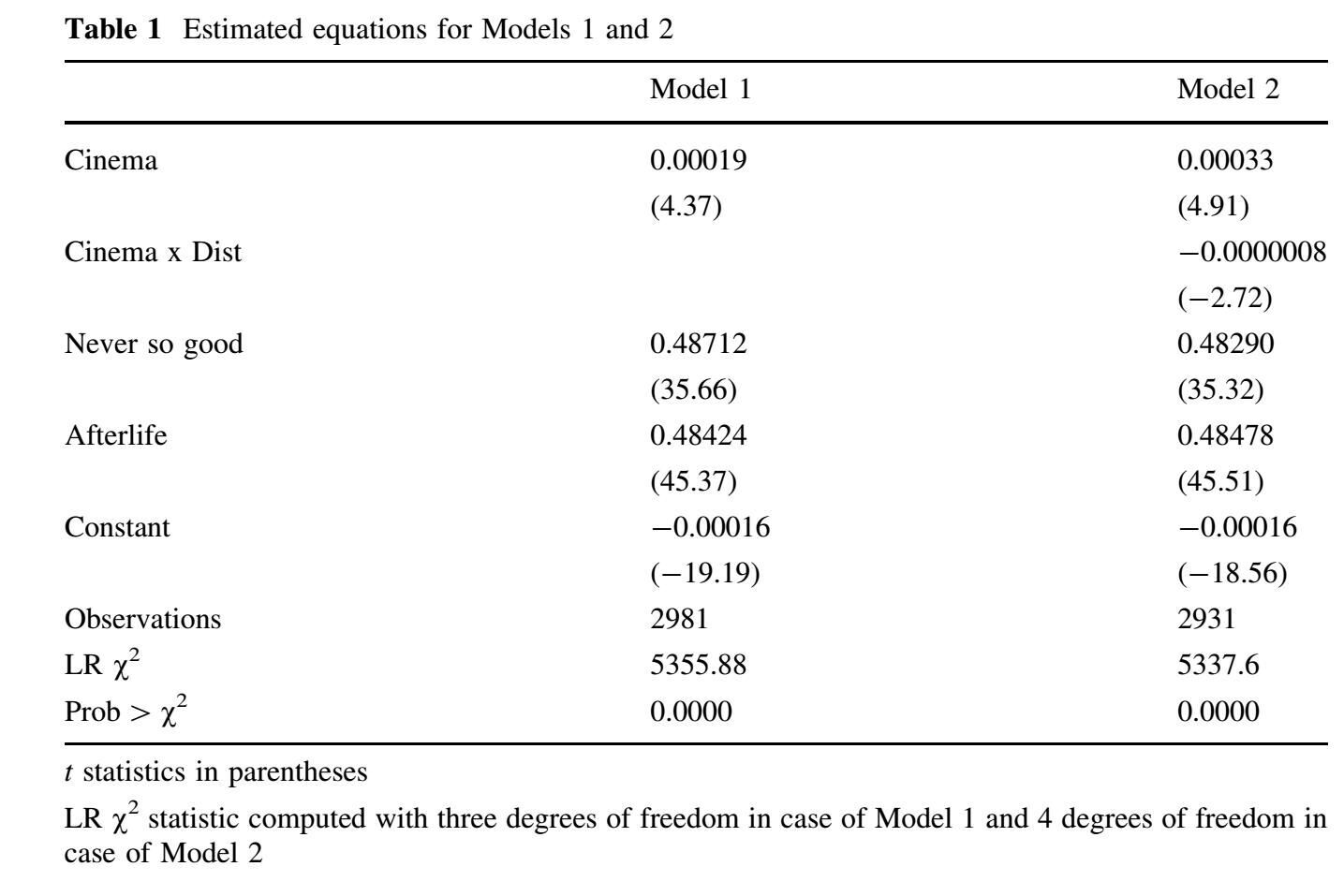 In Model 1, the significant 0.00019 coefficient on the Cinema variable means that the audience share from postcode districts containing an NT Live screening venue was 0.00019 percentage points higher than in districts which did not have a participating cinema. In absolute terms, this turns out to mean that there were on average 11 bookings from districts with a participating cinema compared with 7 bookings from those without.

In Model 2, the Cinema x Dist variable, which measures the distance between the postcode district of the participating cinema and the National Theatre’s location on the South Bank, is significantly negative, suggesting that on average any complementarity effect attenuates more quickly than the substitution effect. The significant 0.00033 coefficient on the Cinema variable means that a cinema broadcasting NT Live Phedre right next to the National Theatre would have generated roughly seven more bookings for the theatre performance than if there had been no participating cinema. However, a district containing a participating cinema situated 100 kilometres away would have had only five more bookings on average if there had been no cinema.

These results suggest that far from cannibalizing audiences at the National Theatre, the NT Live screening of Phedre acted to increase bookings for the live performance.

Increasing numbers of performing arts venues are looking at live broadcasting as a way of expanding audience reach and generating new sources of financial revenue. In the case of London’s National Theatre, NT Live directly generated 5% of overall revenues in the past year, almost the same as sponsorship and philanthropy income. Our research suggests that, if anything, NT Live may have in addition boosted box office revenues at the National Theatre itself.[1]

This article based on:

[1] In a follow-up study involving one of the authors of this post, the impact of all NT Live screenings between 2009 and late 2013 is analysed on a much larger box office data set including ticket transactions for 54 performing arts venues (including the National Theatre) spread throughout England. The findings of this study suggest that the NT Live screenings also on average boosted attendances at local theatres in London neighbourhoods most exposed to the broadcasts, but had a neutral impact on theatres based outside of London.